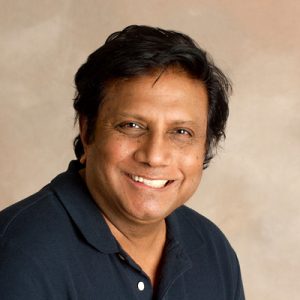 After obtaining his MS in Particle Physics, Dr. Gupta obtained his MS and PhD in Molecular Biophysics from the Indian Institute of Science, Bangalore, India

His PhD thesis on “Conformational Flexibility of DNA” garnered him a national young scientist award in 1983. After post-doctoral training in SUNY at Albany he began work at Los Alamos National Laboratory in 1990 in Theoretical Biology and Biophysics. At LANL, he started working on the DNA repeats that are associated with diabetes and neurological disorders. Dr. Gupta’s group was the first to determine the high-resolution NMR structures of these DNA repeats and structure-function correlations to describe the mechanisms by which these repeats are abnormally expanded and cause aberrant expression of the associated genes and proteins leading to onset and progression of disease. He also determined the high-resolution NMR structures of different gp120-V3 loops and performed immunological assays to show how subtle changes in sequence lead to neutralizing escape mutants.

Dr. Gupta has combined structural biology, immunology, and genome research to determine the mechanisms of action of pathogenic bacteria and their virulence factors and toxins. This knowledge led to the development of pre-symptomatic diagnosis and therapy of human and plant bacteria. Currently, Dr. Gupta is also working on Alzheimer’s Disease to determine how the brain’s innate immune defense is compromised by amyloid formation and how it’s immunity can be re-engineered to prevent amyloid formation. 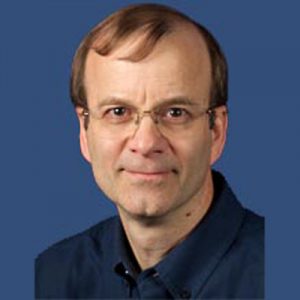 Dr. Terwilliger’s research has focused on the development of algorithms for determination of macromolecular structures and determining structures of proteins from pathogenic organisms.

He is a member of the Phenix software team, leading the development of tools for improving the images of protein structures determined by X-ray crystallography and cryo-electron microscopy and tools for constructing atomic models of macromolecules from these images. He was the inventor of the “SOLVE” software that allowed the first fully automatic interpretation of macromolecular X-ray diffraction data. He was the leader of two NIH Protein Structure Initiative Centers and is the author of over 200 publications.​