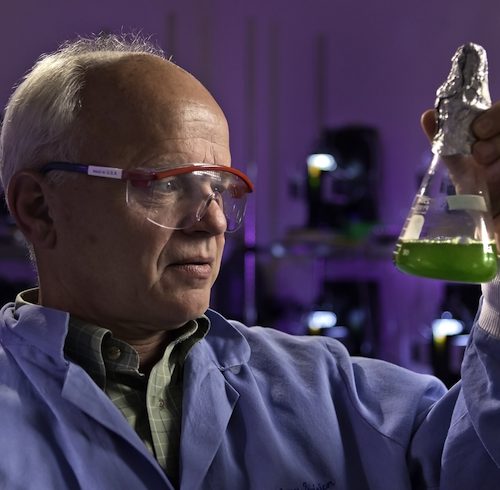 Dr. Richard Sayre, a New Mexico Consortium Chief Scientist, has just been elected to the National Academy of Inventors (NAI).

In 2021, the NAI has elected 164 academic innovators from all over the world to NAI Fellow status. The NAI Fellows Program is a distinction that calls attention to academic inventors that have demonstrated a spirit of innovation in creating or facilitating outstanding inventions that have made a great impact on the quality of life, economic development, and the welfare of society. Election to NAI Fellow is the highest professional distinction that is granted only to academic inventors.

To date, NAI Fellows hold more than 48,000 issued U.S. patents, which have generated over 13,000 licensed technologies and companies, and created more than one million jobs. In addition, over $3 trillion in revenue has been generated based on NAI Fellow discoveries.

Dr. Sayre is a biotechnology scientist who is highly regarded in his field. He joined Los Alamos National Laboratory as a Senior Research Scientist – 6 in 2011 and retired from LANL in 2017. While at LANL, he directed multiple US-DOE biofuel programs, and he also helped establish the Entrada Biolabs Research Center.

Dr. Sayre has authored over 140 peer-reviewed research publications, has given over 350 invited presentations, and has over 40 patents (issued and pending). Learn more about Dr. Richard Sayre at https://richardsayreconsulting.com/about/

To learn more about the NAI Fellows Program and the 2021 recipients read the entire article at: National Academy of Inventors Announces 2021 Fellows