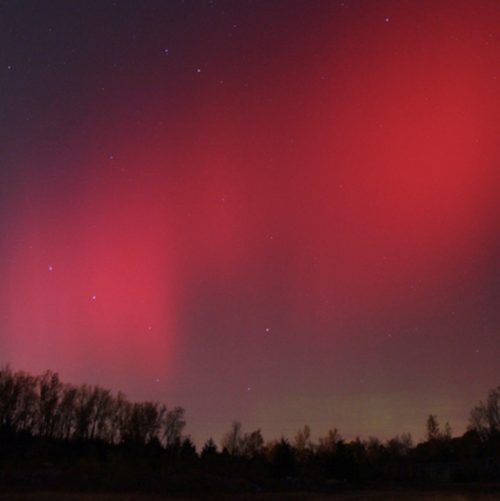 The Aurorasaurus Project is celebrating 10 years and is going strong! Aurorasaurus, led by Dr. Liz MacDonald, is the first citizen science project that aggregates sightings of the Northern and Southern Lights in order to improve real-time tracking and understanding of these beautiful phenomena. The Aurorasaurus project allows the public to enter their observations of aurora through a website, as well as on a mobile application platform, in order to better characterize their frequency, location, and visual characteristics.

How did Liz get the idea for Aurorasaurus? On October 24, 2011, an extremely large solar storm brought with it huge, red displays of aurora that were seen as far south as Alabama! At that time Liz had heard of Twitter, so she got on to see if people posted about it, and sure enough many people had recorded the event. This was the first time in history that a solar maximum had coincided with social media, and it gave Liz the idea of a platform that became Aurorasaurus.

Many citizen scientists and science colleagues have contributed to this project over the last 10 years. To celebrate Aurorasaurus has put together a blog post about many community member’s prospectives. Read about it at:

Congratulations Aurorasaurus! Here’s to many more years of citizen science and learning about the northern lights.