Karissa Sanbonmatsu: What Can Epigenetics Tell Us About Sex and Gender? 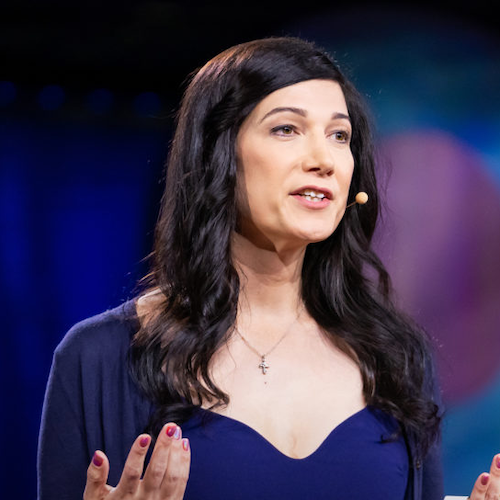 Karissa Sanbonmatsu, a principal investigator at Los Alamos National Laboratory and the New Mexico Consortium, is featured in Part 4 of the TED Radio Hour episode The Biology of Sex.

TED Radio Hour is a co-production of NPR and TED that investigates the biggest questions of our time with the help of the world’s greatest thinkers. The host, Manoush Zomorodi, explores a big idea through a series of TED Talks and original interviews, inspiring listeners to learn more about the world, communities, and ourselves.

Dr. Sanbonmatsu does research on the mechanism of non-coding RNA systems, including ribosomes, riboswitches and long non-coding RNAs. In this episode she speaks about her research and how the environment affects the way DNA expresses itself, especially when it comes to sex and gender.

There is so much we don’t know about how we end up the sex that we do. Sanbonmatsu, a structural biologist, is asking questions in her research that may change how we see biological sex in the future.

Studying epigenetics may give us the answer as to why people are male, female, cisgender, transgender, etc. Epigenetics reprograms our genes deciding the path our DNA takes. Sanbonmatsu is doing research to understand how epigenetics might change the path that cells take when determining someone’s gender as the body develops in the uterus.

Listen to Part 4 of this TED Radio Hour here: Karissa Sanbonmatsu: What Can Epigenetics Tell Us About Sex and Gender?