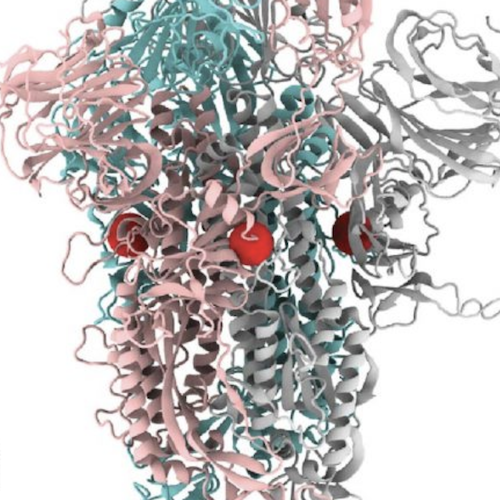 Previous to this, scientists knew that the variant, also known as D614G, was more infectious and can be neutralized by antibodies, but they did not know how. These simulations have shown the reason way. Dr. Gnanakaran states, “We found that the interactions among the basic building blocks of the Spike protein become more symmetrical in the G form, and that gives it more opportunities to bind to the receptors in the host — in us. But at the same time, that means antibodies can more easily neutralize it. In essence, the variant puts its head up to bind to the receptor, which gives antibodies the chance to attack it.”

This research involved simulating more than a million individual atoms and requiring about 24 million CPU hours of supercomputer time.

Read more about it in the SciTechDaily article: Supercomputer Simulations Reveal How Dominant COVID-19 Strain Binds to Host, Succumbs to Antibodies