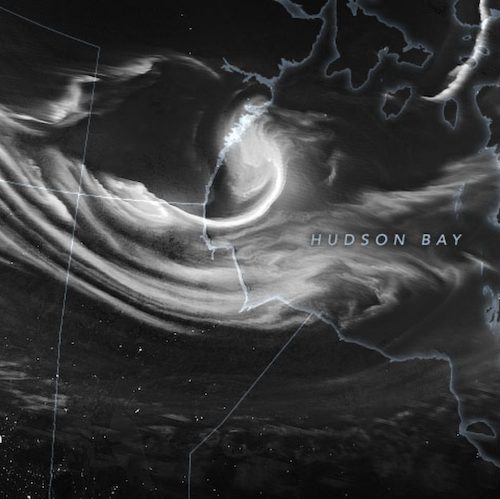 This article states that at 2:20 a.m. Central Daylight Time on February 4, 2022, the Visible Infrared Imaging Radiometer Suite (VIIRS) on the Suomi NPP satellite took the above  image of the aurora borealis over central Canada and Hudson Bay.

These auroras were visible due to a geomagnetic storm where solar wind made up of pressure waves and magnetic energy from the Sun interact with the Earth’s magnetic field.

When solar particles collide with the Earth’s upper atmosphere, they excite the oxygen and nitrogen molecules found there to release photons, and thus we can see the beautiful lights of the aurora borealis.

The Aurorasaurus project is a public-private partnership with the New Mexico Consortium and supported by the National Science Foundation and NASA.

You can read the entire article by Michael Carlowicz and learn more about the aurora borealis at: https://earthobservatory.nasa.gov/images/149435/brilliant-borealis