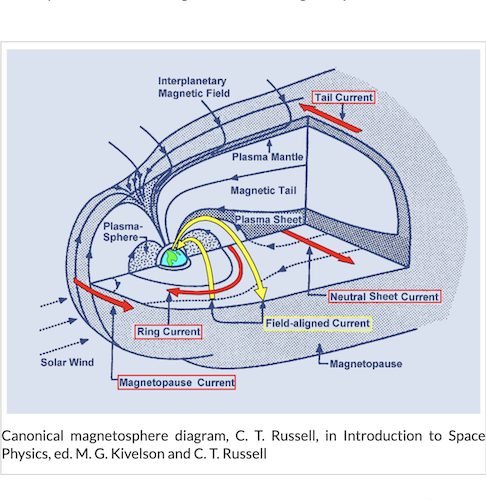 The GEM 2021 Summer workshop was held as an all virtual meeting, in a similar format as VGEM 2020 but extending over the full week of July 25-30, 2021. This year was also the celebration of the 30th anniversary of GEM! 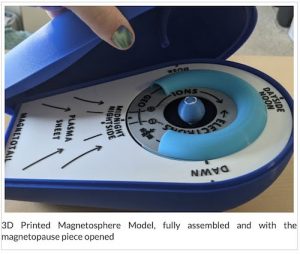 The GEM program is a National Science Foundation (NSF) Division of Atmospheric Sciences initiative to coordinate and focus research on the near-earth portion of geospace from the lower ionosphere to where the earth system interacts with the solar wind. The purpose of the GEM program is to support basic research into the dynamical and structural properties of geospace, leading to the construction of a global geospace general circulation (GGCM) model with predictive capability.

The Aurorasaurus’ 3D printed model of the magnetosphere was a partnered effort with NASA’s STEAM Innovation Lab and NASA’s Magnetosphere Multiscale Mission (MMS). This 3D model was created as a tool for educators to use to teach students how the magnetosphere works and how the aurora borealis is created!

The Earth is surrounded by a vast, invisible magnetic force field that protects our planet from the solar wind, which is made of particles and magnetic ﬁelds streaming from the Sun. The interaction between these particles and the magnetic field, or magnetosphere, is fundamental to how auroras are made.

While there are many regions in the magnetosphere, the 3D Printed Magnetosphere Model simplifies them to the following for the purpose of teaching: Magnetopause, Plasma Sheet, Outer Radiation Belt, Ring Current, Auroras, and Earth (including Inner Core, Outer Core, Mantle, and Crust). Users can move, rotate, and disassemble parts of the model so that each piece can be examined by itself or as part of a system.

The Aurorasaurus team hopes that the 3D Printed Magnetosphere Model helps educators to share the science and wonder of our planet, and they welcome feedback! Educators can download and print this model themselves and the files are available on GitHub.

Aurorasaurus also wants to know are educators using their 3D model! They want to hear your ideas that they could implement in future versions, by filling out this survey.