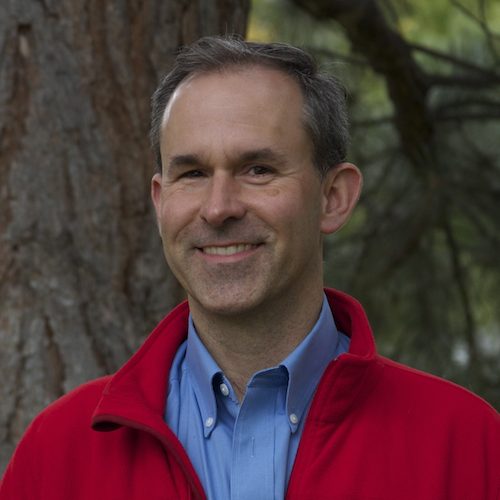 Daniel Reisenfeld, a Los Alamos National Laboratory scientist and New Mexico Consortium affiliate, recently published his work, A Three-dimensional Map of the Heliosphere from IBEX, in the Astrophysical Journal.

The Interstellar Boundary Explorer (IBEX) is a NASA Small Explorer mission to map the boundary of the solar system. IBEX is a small satellite (about the size of a bus tire) that observes the heliosphere boundary while orbiting around the Earth. Specifically, it maps out the far reaches of the heliosphere. The heliosphere is the region where the Sun’s solar wind, a stream of hot plasma that emanates from the Sun in all directions, and interstellar particles meet and form a boundary at the far reaches of the solar system.

This goal of the mission is to find out, what does the edge of the solar system look like? Reisenfeld and his colleagues looked at particles called energetic neutral atoms (ENAs), that are produced at the very edge of our solar system. The ENAs provide information about the heliosphere’s boundary, or heliopause, by traveling toward Earth from beyond the orbit of Pluto. The particles travel for as little as a year to up to 4 years to complete the journey.

The IBEX mission has found that variations in ENA flux from the outer heliosphere are associated with the solar cycle and long-term changes in the solar wind. There is a good correlation between the changing pressure of the outbound solar wind and variations in the ENA flux observed 2-6 years or more later, depending on ENA energy and direction. Just as bats use sonar to find the distance to objects in their environment (cave walls, insects), Reisenfeld and his team use this time difference to find the average distance to the ENA source region in a particular direction.

In this study, they applied this method to build a 3D map of the heliosphere. They use ENA data collected by the IBEX mission from a complete solar cycle from 2009-2019. By the end of this solar cycle, IBEX had completed an 11 year survey of heliospheric ENA emissions which resulted in 22 sky maps collected over consecutive 6 month intervals. They used this data along with solar wind observations, to determine the distance to the heliopause. By combining the termination shock and Heliopause distances, they were able to successfully create 3D maps of the heliosphere.

The new 3D map reveals a lack of symmetry in the heliosphere. The inner layer (where we find the sun and planets) is mostly spherical and extends about 90 astronomical units (AU) in all directions. The outer heliopsheric layer, however, is much less symmetrical. In one direction, the direction the Sun is plowing through the galaxy,  the heliopause extends 110 AU, but in the opposite direction, it extends out much further, about 350 AU.

To learn more about the heliosphere, NASA plans to launch a new mission called the Interstellar Mapping and Acceleration Probe (IMAP) in 2025, which will give us more details about interactions between solar winds and cosmic radiation at the solar system’s edge.

To learn more about how they mapped the heliosphere read the entire article at: