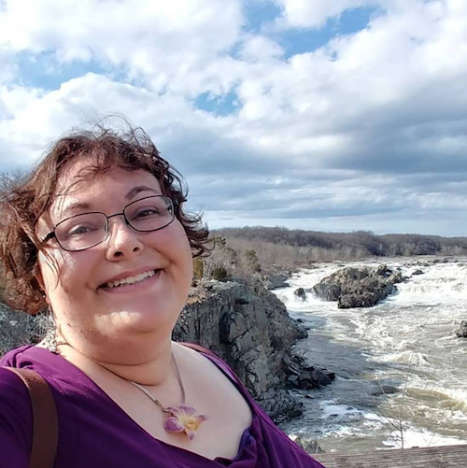 The New Mexico Consortium wants to congratulate 2020 Heliophysics Science Division Peer Award winners. This NASA Goddard Flight Center Award given out each year is unique in that it is an award given to someone nominated by their peers who makes everyone’s work lives better.

The Peer Awards ceremony held virtually this year was a festive event including an emcee and creative videos including an opening video themed after the Game of Thrones opening credits, a video given by LeVar Burton congratulating the winners, and a “Heliophysics impromptu orchestra”!

We are proud to announce that NMC employee Laura Brand, who works for the Aurorasaurus project at Goddard NASA Space Flight Center, is one of the 22 chosen winners of the award this year! She was chosen in recognition for her outstanding performance as part of the Aurorasaurus team as project manager since she joined in Fall 2019.

Among other major contributions, Laura prepared a retrospective analysis and presentation on the challenging topic of citizen science evaluation, which formed the basis for an AGU Education presentation and has led to a collaboration, a proposal, a data release, and a paper draft with another large citizen science project. She has also demonstrated the ability to remain flexible and remarkably cheerful under trying circumstances and managed to help make the HamSCI conference virtual and highly successful.

Congratulations to Laura and all the winners of this year’s Heliophysics Science Division Peer Award!