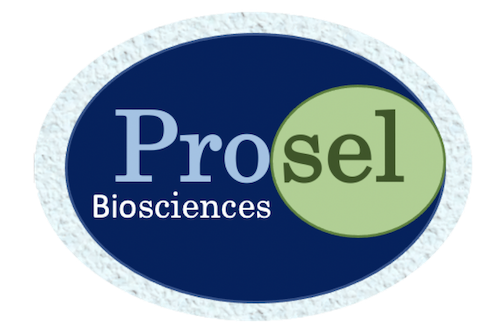 Prosel Biosciences is a new biotech start-up company based in New Mexico that has developed Selenoexpress™ – a selenoprotein engineering and expression platform in recombinant green algae. Prosel uses the Selenoexpress™ platform to design, express and produce high-value industrial enzymes and cGMP-grade human therapeutic proteins that have greater catalytic activity and stability. The Selenoexpress™ platform achieves this by incorporating selenocysteine – the 21st amino acid – as a functional analogue for catalytic cysteine, threonine or serine residues in many proteins imparting enhanced chemical properties. Selenocysteine has a more physiological ionization potential, and is a stronger nucleophile than cysteine. Prosel has found that when replacing cysteine with selenocysteine in active sites of many enzymes, this can result in increases (100- to 500-fold) in catalytic activity, stability, and yields. In addition, pairs of selenocysteine residues can form bonds that stabilize the protein structures. This increases their lifetimes and stress tolerance.

Why are Prosel industrial enzymes better than what is currently on the market? Industrial enzymes such as proteases used for biomass conversion, biofilm surface cleaning and food processing  suffer from slow rates of catalysis and a low tolerance to harsh environments, for example pH and temperature. They are often too expensive to produce via chemical synthesis at commodity scale.  Furthermore, limited molecular tools are available to improve enzyme kinetics and stability in situ – until now.

Prosel’s first human therapeutics drug candidate, Pro-756, treats a known cardiovascular indication with global demand and a market cap >$20B USD. Selenoprotein engineering via chemical synthesis of this drug candidate has already been shown to increase the stability of the human protein 4-fold. This will translate into increased in vivo efficacy per patient dose and possibly reduce the need for cold-chain storage of this drug – a major win for deployment of this drug product to developing nations. Combined with the reduced cost of goods sold, Pro-756, is poised to become a blockbuster pharmaceutical drug product, which can pay big dividends to PRosel shareholders and patients in need of this treatment.

Prosel Biosciences has world class expertise in molecular modeling and genetic engineering to successfully express recombinant selenoproteins from green algae. To learn more about this company and their selenoprotein engineering and expression platform see their website at https://proselbio.com/.