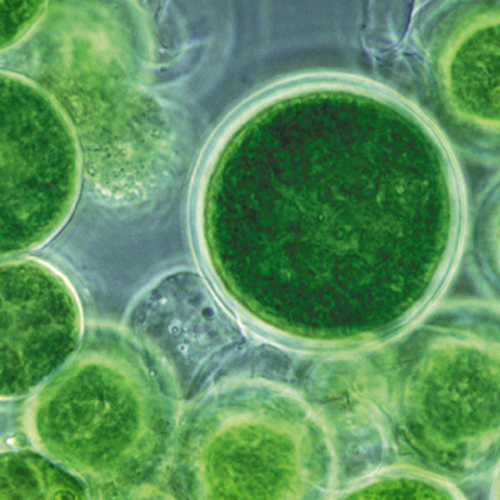 Richard Sayre, a scientist with the New Mexico Consortium and colleague Sowmya Subramanian of Thermo Fischer Scientific, have recently published their work titled,  The right stuff; realizing the potential for enhanced biomass production in microalgae, in Frontiers in Energy Research.

The commercialization of eukaryotic microalgae for biomass production has previously been limited by the high costs of cultivation, harvesting and processing. However, new evidence is showing that these microalgae can become a more sustainable and profitable alternative than terrestrial crops to produce feed, fuels, and valuable coproducts.

To make using eukaryotic microalgae worth it financially, algal biomass yields must be increased. This publication shows that there are many different opportunities and new methods to improve biomass yields.

Last, the authors of the paper go over genetic tools such as advanced breeding genetics being used for algal biomass enhancement. As more algal genomes become available, this will help to further accelerate yield improvements. Increasing biomass production can also be done through genetic engineering strategies such as transcriptomic and metabolomic studies that help identify the metabolic constraints that limit biomass production.

This paper gives a review of some of the recent advances in algal strain selection, directed evolution, genetic engineering and molecular-assisted breeding that offer the potential for increased algal biomass production.

Read the entire article at: The right stuff; realizing the potential for enhanced biomass production in microalgae,