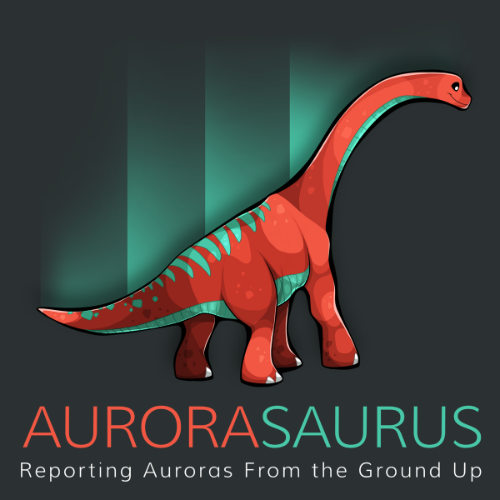 At the December 2022 American Geophysical Union (AGU) meeting, Aurorasaurus scientists, citizen scientists, and students are out in force to present their research findings.

Presentations for Tuesday December 13th include Up Goer Five Challenge: Making Big Ideas Simpler by Talking About them in Words we use a lot “Green and Red Lights Dancing in the Cold Night Sky” by Laura Brandt et al and All Sky Camera Auroral Image Model to Test Energy Inversion Methods by Don Hampton et al.

On Wednesday December 14th, Ha-Haa Hanamo et al. will be giving a presentation on The Heliophysics Big Year.

This year, Aurorasaurus also has multiple presentations in The MacGyver Session: The Place for Novel, Exciting, Self-Made, Hacked, or Improved Sensors and Software Solutions to Understand Space Weather which takes place Friday, December 16.  Presentations are given in three segments: an online poster discussion from 8:00-9:00 CST, in-person posters from 9:00-12:30 CST, and oral presentations from 14:45-16:15 CST.

This 3rd edition of the MacGyver session focuses on the interdisciplinary applications of Space Weather across space physics and aeronomy. Laura Brandt, of the NASA Goddard Space Flight Center and the New Mexico Consortium, will be a convener of this session. Posters by Aurorasuarus  during the MacGyver Session include:

In the above mentioned Tuesday talk, “Up-Goer Five Challenge: Making Big Ideas Simpler by Talking About Them in Words We Use a Lot”, Heliophysics (the study of the Sun and its influence on the planets) is also well represented. Inspired by an XKCD comic that creatively describes the Saturn V Rocket using only the thousand most common English words, speakers present short scientific talks using the same limited vocabulary. It’s a fun session, and Aurorasaurus project manager Laura Brandt will be giving a presentation about aurora science. Join the session to laugh and learn!