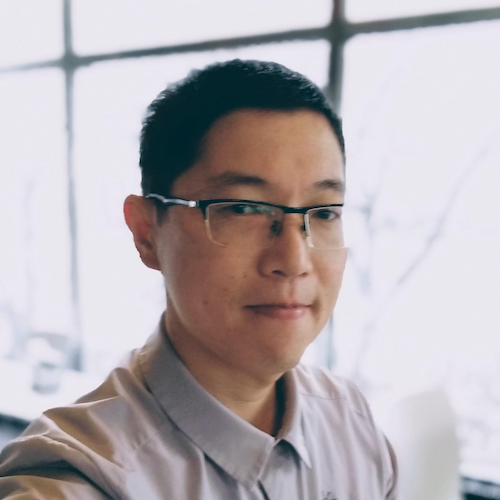 Zhaoming Gan, a scientist at the New Mexico Consortium, recently attended the American Geophysical Union (AGU) Fall Meeting where he presented his work on, The Near-Sun Turbulence Mediated by Parametric Decaying Instability of Alfvén Waves.

AGU, a meeting dedicated to the advancement of Earth and space sciences, was held in Chicago, Illinois, from December 12-16, 2022. This meeting brings together more than 25,000 attendees from over 100 countries to share research and network. Researchers, scientists, educators, students, policymakers, enthusiasts, journalists and communicators attend AGU to better understand our planet and environment.

Last year, space science reached a new milestone. For the first time, a man-made spacecraft (the Parker Solar Probe) flew by the Sun close enough (roughly 10 million kilometers from the solar surface) to cross the Alfven surface, below which the dynamics of the solar winds is mostly dominated by magnetic fields.

This feat has provided the space science community new and exciting data for studying near-Sun physics in great depth. Many colleagues at the AGU Fall Meeting eagerly met for sessions, presentations and posters to discuss and share their findings about how solar wind turbulence develops while it propagates from the solar surface to the Earth.

Zhaoming Gan and his colleagues believe that parametric decaying instability may play an important role.

Parametric decaying instability (PDI) is a character of magnetized plasma when it responds to large-amplitude Alfvén waves. PDI induces counter-propagating Alfvén waves and slow magnetosonic waves. The former is thought to be crucial in turbulence development, while the latter are compressible waves that generate density fluctuations as observed in the solar wind by the Parker Solar Probe (PSP).

PDI favors (1) low-beta (i.e., highly magnetized) plasma with (2) large-amplitude Alfvén wave (in terms of dB/B0), which are both true in the near-sun environments as measured by PSP. It is interesting that a weak Alfvén wave can be “amplified” in terms of dB/B0 during its propagation outward as predicted by Parker (1965), a.k.a. the WKB approximation (because B0 in the global solar wind decreases much faster than dB does as radius increase).

However, it is non-trivial to study PDI in realistic solar wind conditions. Like any instability, PDI needs a finite time to grow. Its growth time must be short enough to compete with the processes below:

The goal of this research is to study when or where to expect PDI, its signatures, its role in developing turbulence and density fluctuation, and other possible consequences, e.g., ion heating. Aiming the goal, Gan and colleagues developed a set of numerical tools to simulate the propagation of Alfvén waves in the background of global solar wind. They found clear signs of instability, demonstrated its capability of generating density perturbations, and posted their results with numbers that could be directly tested with the observations.